“What is wrong with this generation? They spend all their time on the internet.”

“Can’t you put your phone down and quit texting for five minutes?”

“All my teenager cares about is their smartphone and social media.”

Have you heard any of these phrases come out of your mouth? Have you ever just thought them to yourself? I am here to inform a generation of adults who don’t understand the why’s and how’s of the importance of social media to the average teen. In order to understand this I will explore three topics:

I know that I cannot speak for an entire generation of teenagers but I hope that after reading this blog from the perspective an average teen, adults will gain an understanding on why teens have made social media such an important part of their lives.

How much time are teens spending on social media?

These were two comments from 14 year-olds Abigail Wolfe and Ben Knight, respectively, who were quoted in an article in The Washington Post. The article notes that teens spend 7 and a half hours a day consuming media. That is almost a full time job! This ranges, as the article mentions, from “watching TV, listening to music, surfing the Web, social networking, and playing video games, according to a 2010 study of 8- to 18-year-olds conducted by the Kaiser Family Foundation.” As a teen who uses all of the above mentioned media tools, I have found that it is easy to spend this much time, if not more, consuming media. There is what feels like an unlimited world of media to choose from. 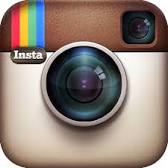 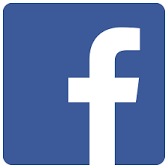 These are just a few of the many that I choose to engage with, and staying up date with them does in fact feel like a full time job. I have spent hours at a time scrolling through my social media apps on my phone, and don’t even realize it until afterwards. I get up thinking to myself, “Did I really just spend two hours on my phone?” It is a lot easier to do than I would like to admit. I come back to my dorm room after a class–instead of doing homework–and immediately check my social media apps to catch up on what I missed.

I guess that leads us right into our next question:

Why do teens feel obligated to be present on social media?

In order to help my audience understand, I realized I first needed to figure why I personally feel it is so important to be present and up to date on social media. As I asked a few of my friends I realized they too did not really know.

“It’s entertaining. I don’t feel obligated, but I also don’t like when I can’t to be on it”

And so I began to answer the question:

I do feel obligated to be on social media because it is one of the most universal and efficient ways of being social. These social platforms have created a space where users are able to connect instantly with anyone. I am able to keep in touch with friends and relatives, but also able to follow favorite tv shows, celebrity’s and even news channels. Social media sites have become more than just a place to be social.

They have also become a news outlet for me. I get most, if not all, of my information about events from social media. This includes social events as wells as world events. For example, when the horrific terrorist attacks took place in Paris just recently I found out due to a large amount of tweets that filled my timeline. I rely on social media to me connected to the rest of the world. Which brings me to my final topic:

If teens choose not to use social media how it can affect their social experiences?

Morgan: Being cut off from social media is awful. Even just one day off it makes you feel like you’re totally out of the loop on everything. I always feel like I miss out on tons of stuff, and everyone knows more than me about what’s been going on lately.

Zach: It feels as if something really important has been taken away, and if I don’t have it, I will just be a more grumpier and frustrated person in general.

I decided that in order to truly understand the role social media plays in my life, I would create a world without it.

Okay I didn’t go as far as to destroying my phone, but it felt like I did. I continued using my phone in order to receive phone calls and texts, but deleted all social media apps for five days (Monday-Friday).

Monday was by far the most difficult. I felt like I had no idea what to do with my time. When walking to a class, waiting for a class to start, waiting in line, or eating by myself I rely on music and social media to keep me entertained. Without it I felt lost in way. By force of habit I kept taking out my phone to go on one of my social media apps, only to remember that they were gone. When I was done with classes for the day I had nothing to do since I couldn’t go on social media. I tried to kill as much time as possible by hanging out with my friends, but it was difficult because they would get wrapped up in their phones. It was something I had never really noticed or minded since I would usually have my phones well, but since I didn’t I felt frustrated and annoyed. They were so preoccupied with socializing with people in their phone instead of the person right in front of them.

The next few days I felt grateful, for the first time the entire semester, that I had very busy, late days. Although it was still difficult not to be able to be on social media, I found other things to do with my time. I was more aware of my surroundings as I walked to class instead of having headphones plugged in. I met and spoke with a girl named Sara while waiting in line to order my coffee. I picked up a book from the Barnes & Noble bookstore, and began reading. I also got a head start on a few homework assignments. All the while I knew I was being productive, but I couldn’t fight the overbearing feeling that I was missing out on everything the rest of the world was doing.

By the end of the week, I was more than happy to re-download all of my social media apps back onto my phone.

After this experience, I did start to realize the way being on my phone affects my social experiences. I noticed I miss out on a lot of real life social ecounters by being so consumed with digital ones. I also realized that all the time I spend scrolling through social sites could be spent on more productive things.

I also realized that without social media I have no way of connecting with the people that I don’t see everyday. Social media sites allow for me to stay connected with hundreds of friends all at once. For example, instead of texting all 400+ people who follow me on twitter I can simply tweet about my excitement about a grade on my recent paper. Then, those who choose to, can join in my mini-celebration of my accomplishment. Social media allows for me to stay connected like no other form of technology out there, and it is a connection I find vital and important to my life.

After reflecting on all of the week I spent without social media I still chose to go back to it, and this is why:

I was able to be more engaged with the outside world during the time I spent without my phone, but I was also completely disengaged with the people who matter most to me. I was not able to conveniently interact with my friends and family which was very difficult. I felt distressed the entire week because I missed loved ones, and I missed connecting with them daily.

Also, I know I was able to spend my extra time being productive and getting ahead on homework assignments, but that was the only thing I did. During that week I didn’t get much social interaction time because I did not have social media. I was unaware of outings that were planned throughout the week because they are usually made through the digital world.

It is great that I got work done, but it is also important to take a break from school from time to time. Social media allows me to take short, relaxing breaks from my school work. When I use social media I am able interact with the rest of the world for a moment without ever leaving my study space. Without social media I felt overwhelmed while doing work because I didn’t have anything else to do when I needed a break from it. In fact, in order to take a break I would leave my study space and not return for hours because I would get distracted doing something else.

What I am trying to say is that I did learn from my experience without the social media, and I can understand the frustration adults feel when teens spend so much time in the digital word. But what I also hope you were able to understand is the special place social media holds in the lives of most teens. It is not always a distraction, sometimes it is actually our escape. It is a way for us to stay connected, informed, and entertained. Although we may spend more time on it than adults can seem to understand, and while the importance of it may be hard to comprehend, I hope this blog was able to provide some insight and understanding into the mind of an average teen.